Mark is a highly experienced musician, songwriter and producer, responsible for writing, recording and producing the band's first album DEBUT. 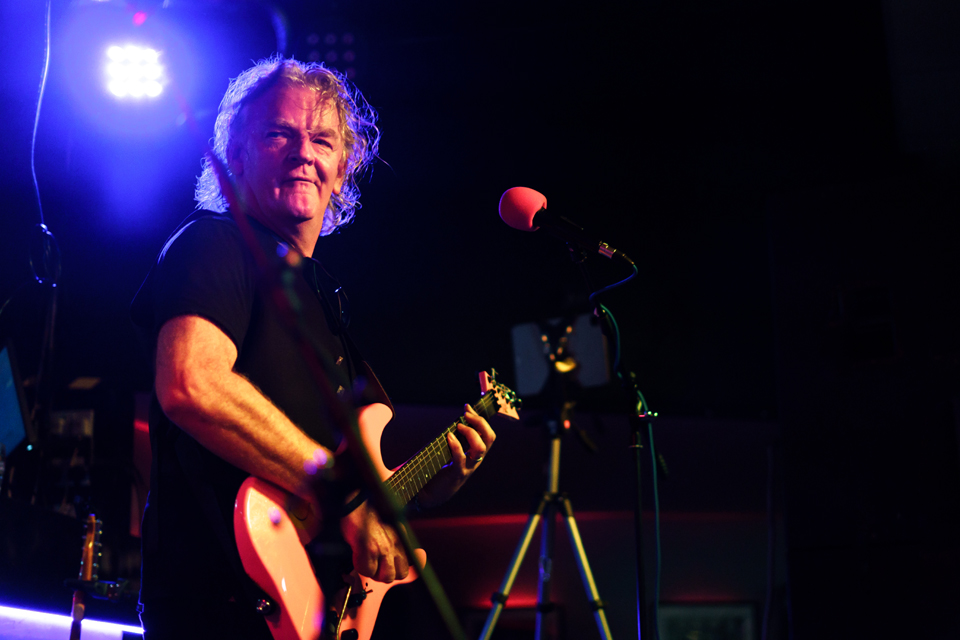 With many years on the professional scene, Pete Moran is a seasoned bass player, keyboardist and vocalist, bringing a unique energy to the band's live performance.

Born: Manchester, 1972
Favourite Colour: Aubergine
Favourite films: One Flew Over The Cuckoo's Nest
Life Motto: "If you give a man a fish you feed him for a day, but if you give a man a fishing rod, well, you've got yourself a fish"
Unexpected Factoid: Holds a blackbelt in Origami
Claim to fame: Once managed to give himself a blow job sitting in a wheelie bin (ED: This is a family show) 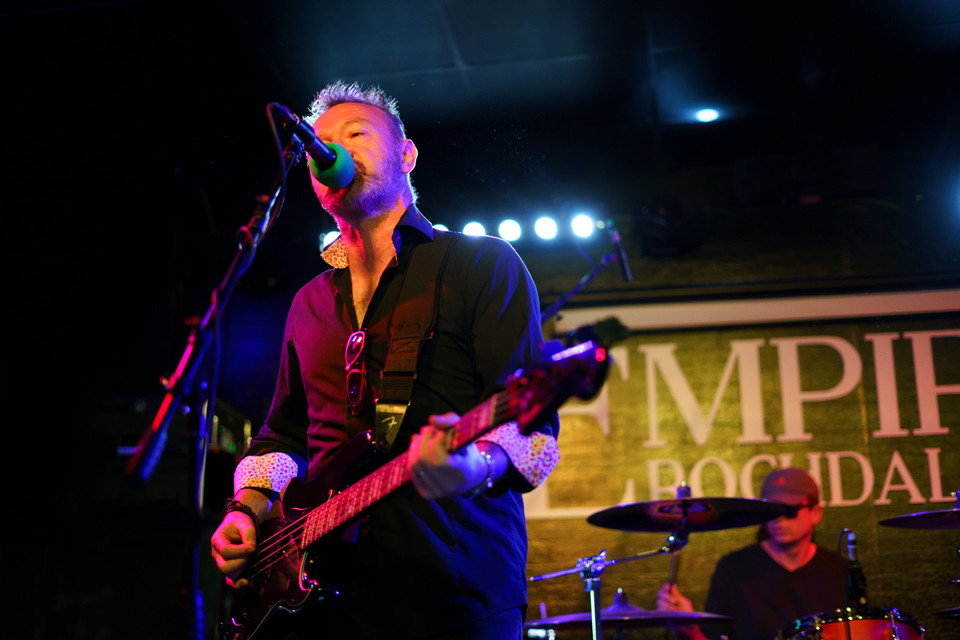 To complete the line-up, Tony Fitzgerald is an incredibly inventive drummer, bringing his unique style to every performance, marrying occasional flourishes of jazz and funk to the simplest of power-driven backbeats.

Born: Bury, Lancashire 1961
Favourite Colour: Black
Favourite films: This is Spinal Tap and It’s a Wonderful Life
Life Motto: "They can’t hang you for your thoughts" and "It’s not brilliant but it’ll have to do"
Unexpected Factoid: Has double-jointed thumbs
Claim to fame: Was once interviewed by the Financial Times (ED: A tall tale that. Proof?) 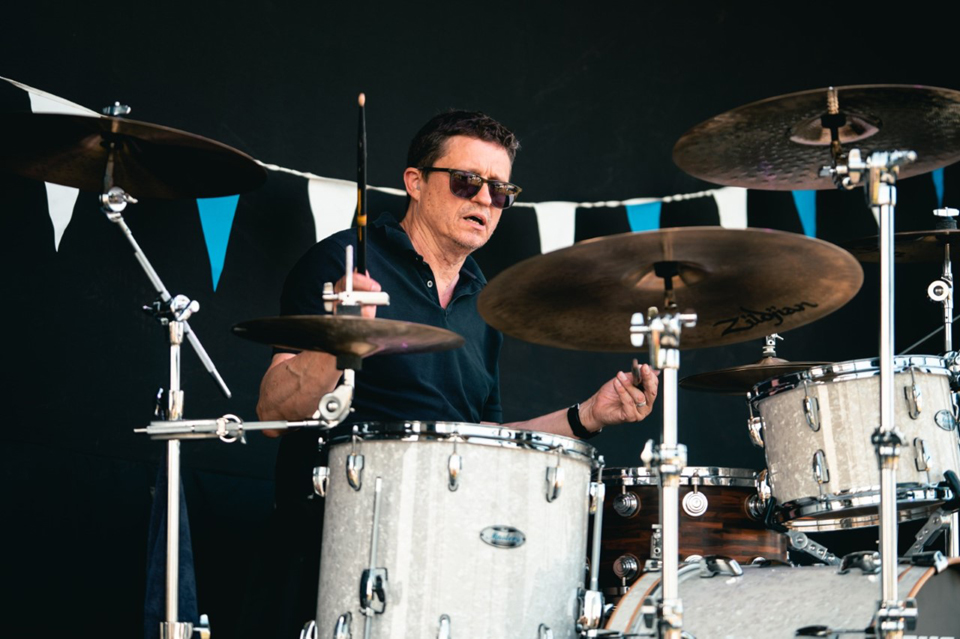 About our DEBUT album ... 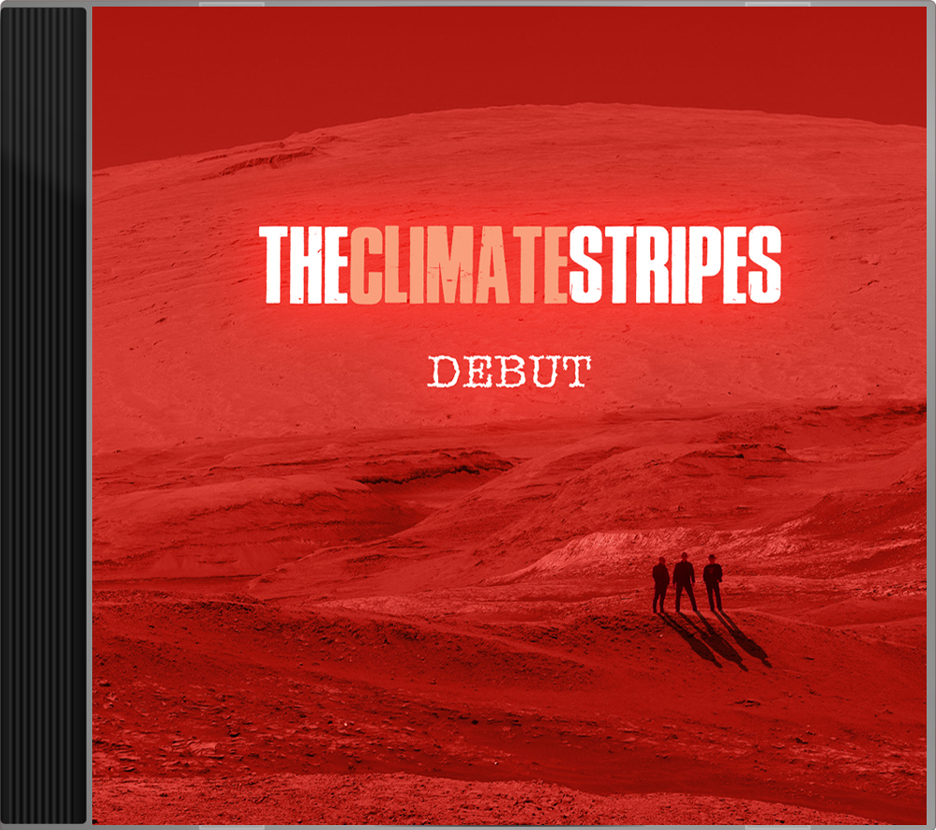 Beautifully mastered by Simon Gibson at Abbey Road, DEBUT employs a complex variety of blues & rock riffs and thought-provoking lyrics in celebration of the human experience.

Opening the album, Invisible sets the scene with our man of the hour; an ageing hippy in some seedy bar, diminished by the tyranny of youth, nursing a whisky, and resenting becoming all-but-invisible as his years advance. Yet, despite his woes, as the credits roll our hero still manages to step out with the pretty lady at the bar. Cool huh? (But was she real? Was he real? Then again, if no-one can see you, does it matter?)

At one end of the pentatonic scale, The Road, Come Home and Why Did You Leave Me are perhaps just simple love songs, whilst Long Time Old muses more wistfully on the nature of love itself. (Too Late For Lies is a minor diversion from blues/rock into reggae, reminding us all not to wait too long to make love happen). At the other, we hope Light As A Feather (Jenny's Song) will feel like a gently uplifting track, despite its introspective take on the nature of mortality.

No Revolution is an unapologetically reference-strewn homage to John Lennon and Yoko Ono, harking back to the (innocent?) revolutionary promise of the 60's, as well as the awful events of December 8th 1980. Beginning with the infamy at the Dakota Building, it features a radio report from a local NY station that fateful day, reminding everyone (of a certain age) where they were when they too heard the news.

Then, we consider Lennon's somewhat ambiguous views on the validity of political revolution ("count me in / out"?), there are some inexpertly-hidden references to the nihilism of 'Working Class Hero'. The point is, whether it be Jesus Christ or John Lennon, throughout the ages, fame on this scale is oft accompanied by jealous violence. And yet, as the last power chord fades, and refusing to bow to pessimism, the lyrics also celebrate the timeless optimism of 'Imagine' ... well ... that was good enough for us.

Perhaps with the most 'edge', Flesh & Blood examines the misogynies found everywhere in modern life; from pornography to organised religion (Beatle anoraks might spot a few Lennon references there too).

And last but not least, chiming with the timeless concepts behind the rest of the album, but with tongue-firmly-in-cheek, Look Under That Rock asks us to imagine the band one hundred years hence, as avatars electro-ported to their DEBUT gig on Mars, playing to thousands of cheering Co2 breathing Homo Martianis at the vast new Gale Crater Space Coliseum *.

(* We're grateful to NASA's Burt Ulrich for allowing us to use the images of Equatorial Mars taken by from ''Curiosity' on our album cover. Cheers Burt ;-) ).

In any event, hopefully there's something on this album for everyone ...

If you'd like to find out more about our songs, gig diary and other goodies, why not email us or call us on 01706 345648 today? We look forward to hearing from you!

This is a superb first release from the Manchester trio who, after checking out their website, are clearly no spring chickens, but who still manage to sound as spritely as the friskiest of young-gun outfits. It's a terrible name but the music is terrific.

Mark James Ross is the main driving force here, taking the vocal, guitar and keyboard duties as well as writing the songs and producing (he probably makes a nice cup of tea too). The songs are bursting with melodies , which flow over the top of mostly soft, rhythmic, reggae-tinged guitar grooves; the keyboard parts are melodically inventive and provide a counterpoint to the strong vocals and nicely flowing, lyrical guitar lines.

I can't think of another new album that has grabbed my interest so immediately for a long while. These are superbly-crafted songs. The playing is excellent throughout. The guitar soloing at times has a bit of a Dave Gilmour feel, particularly on Why Did You Leave Me? and The Road; the latter being another example of the atmospheric groove that sets this band apart.

It's hard to single individual songs out as the standard is consistently excellent throughout, but opener Invisible and Flesh And Blood will tell you all you need to know. There's even a whistled solo on Light As A Feather (Jenny's Song). What more can you ask for?

"Well, I’ve played it twice now, which is a rarity for me these days. I don’t think my opinion is worth much as I know I have unorthodox tastes, and although I know it’s the only real way to convey to someone what a record sounds like, comparisons can be really annoying.

All the sounds are stunning, audio perfection, and the mix is such that I can’t imagine it sounding any different. I love the Beatles/ Lennon references ( and not just the obvious ones). I know people who’ll love this album, and if pushed I’d have to say it’s post-Waters / Pink Floyd playing 10CC but filtered through a life lived well.

Well done, you should be very proud of it, it’s inspired me to get my shit together and make that album I know is in me somewhere."

Flesh & Blood
(As featured on DEBUT - Our brand-new CD album!)

"A tour de force. A serious and complex piece of work, right up there with the best... "
Proper Geezer on Facebook

Invisible
(As featured on DEBUT - Our brand-new CD album!)

"Catchy as hell... ﻿"
Anonymous via email

Light as a Feather (Jenny's Song)
(As featured on DEBUT - Our brand-new CD album!)

"This definitely deserves more views, my heart yearns for her family﻿"
MWC on YouTube

"Gorgeous song for a gorgeous girl"
SLP on Facebook

"Love your style. The lyrics are very ‘touching’ and the sound calming"
ABU on Facebook

"For anyone who has suffered a loss of someone they love to cancer ( or any loss really ) x Listen to this beautiful song x Consider donating x A truly special way to reflect on that loss" ... "So, so sad but such a beautiful song x Think cancer charities should use it!"
AS on Facebook

Come Home
(As featured on DEBUT - Our brand-new CD album!)

"My favourite track. Gets me every time "
GB on Facebook

Why Did You Leave Me This Way?
(As featured on DEBUT - Our brand-new CD album!)